Archie McCall was born in Dumfries in 1951.

His career in ceramics began in 1970 as an apprentice to the potter John Davey at Bridge of Dee, Kirkcudbrightshire. In 1974 he travelled in Japan and Korea before establishing his first pottery in Garlieston, Wigtownshire. He then established a pottery at Gracefield Arts Centre, Dumfries where he was potter-in residence from 1975 to 1978.

He entered Edinburgh College of Art in 1978, studying Painting and Ceramics. After graduating in 1982 he continued his studies in Edinburgh at postgraduate level.

In 1983 he was appointed part-time lecturer in Ceramics at Duncan of Jordanstone College of Art, Dundee whilst also establishing a studio and gallery in Edinburgh.

Archie was appointed full-time lecturer in Ceramics at the Glasgow School of Art in 1986, becoming Head of Department in 1992. During his period as Head of Ceramics he introduced the innovative part-time BA(Hons) degree programme which is delivered through residential schools and on-line, distance learning. This was the only programme of its type in Europe.

He was Deputy Chair of the School of Design from 1996-98 and in 2006 became Programme Leader for BA(Hons) Design with responsibility for the degree programmes delivered in Ceramic Design, Interior Design, Silversmithing & Jewellery, Textiles and Visual Communication and has recently been leading the School of Design joint programme with the Central Academy of Fine Art in Beijing. His last position at The Glasgow School of Art was as Academic Co-ordinator for The Glasgow School of Art, Singapore, retiring in 2013.

He has delivered lectures, workshops and seminar papers throughout the UK and the United States as well as in Australia, New Zealand, Canada, Ireland, Russia, Denmark, Iceland, the Czech Republic and Hungary. Recent exhibitions include the Maryland Institute, Baltimore, USA and the International Ceramics Studio, Kecskemet and Museion No 1, Budapest, Hungary. His work is represented in a number of international collections.

Archie lives with his wife, Irena, at Kindar Mill, New Abbey, Dumfries in southwest Scotland. It is the landscape of this area which has inspired much of the work over many years and decades. 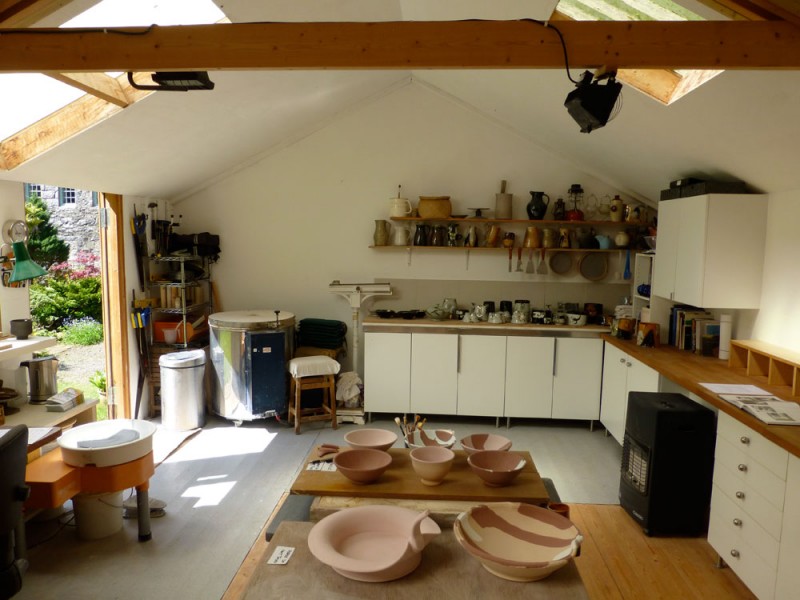